Sir John Hegarty backs AI recruiter: ‘It could be the best creative department in the world’. 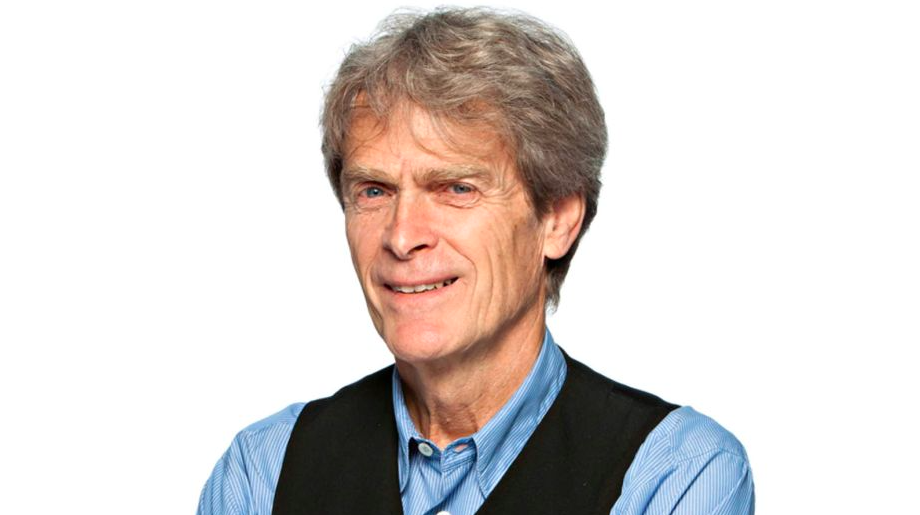 The ad legend who founded BBH, has joined an AI recruitment startup. What’s behind the surprise move?

Advertising luminary Sir John Hegarty has put his support behind AI recruitment startup Genie, joining the fledgling firm as chairman after predicting a boom in the number of agencies relying on freelance talent post-Covid.

Genie is the brainchild of Nicky Badenoch – who cut her teeth in advertising at Rainey Kelly before making a break for headhunting company LIZH – as well as Bonnie Harold and Nick Grime, also both LIZH veterans. It claims to be the creative industry’s “first automated talent agent”, using artificial intelligence to partner ad agencies with freelance talent.

The premise is relatively simple. Agencies input a project brief, the algorithm then gathers live data on interest and availability before matching creative talent to the right projects. It liaises with both parties via a messaging service and can prepare the paperwork behind the scenes, including prompt payment on completion of the project (a particular bugbear for the freelance community).

According to a recent survey of senior HR leaders by Sage, 24% of companies are currently using AI for recruitment, while 56% state they plan to adopt AI in the next year, a number likely to increase due to Covid’s impact on remote working.

Little surprise then that the platform has quickly attracted big name clients, including Saatchi & Saatchi, Droga5 and Vice Media’s in-house agency Virtue alongside a roster of highly-regarded industry talent. The International Association of Suicide Prevention, for example, recently put out a brief that saw Genie approach 29 people (the first response coming in after just four minutes) before it booked former Dare creative director Brian Cooper and motion designer Danny McGuinness.

This way of working, Hegarty tells The Drum, is a world away from his experience of wrangling freelance talent back in his BBH days.

"I queried the time you spend trying to find the people..."

… getting them into the agency, making sure the project was right for them. It was a very inefficient way of working. And since then, it’s grown hugely. Making it work really well and efficiently is fundamentally important” he says.

His view: post-Covid the freelance economy will boom. The IPA highlighted in its most recent report that more of the creative industry is opting to go freelance, a finding that supports predictions Hegarty made a decade ago in his first book, Hegarty on Advertising, that the best creative talent would no longer be content with spending their days at the same ad shop.

“I talked about the concept of an agency as a club. We would lose people at BBH not because they hated BBH but because they wanted to go travelling or wanted another aspect to their lives. There was no way for us to contain that [at the time],” he says.

“My thought was that creatives could join the ‘club’ – the agency would have a creative department of 150 people even though it only needed 50. And those other 100 would come and go – be a part of it when they wanted and we’d pay them retainers. And in a way that’s what’s happening with freelance. They love the industry and love what they do but they want to be doing something else.”

As Genie’s chairman, Hegarty has been brought in to build this “club”. His black book of ad land bosses will be called upon to ensure more agencies are on board to issue briefs while he simultaneously works to entice more top-end creative talent into the invite-only freelance network.

“My desire for Genie is that it proves to be the best creative department in the world,” he adds.

Of course, the best creative departments today are a diverse mix. And, as the IPA has painfully pointed out, ad land has been far too slow at ensuring diversity targets are being met.

In this respect, Genie also hopes to shift the dial. Its co-founders promise the matching algorithm strips out any human bias from the hiring process, instead assessing talent across a number of data points based on skills alone. The diversity data that Genie does capture (ie age, ethnicity, gender) as part of the onboarding process is anonymised and sits entirely separately from the matching algorithm, meaning it doesn’t feed directly into the AI for matching talent to a job. And perhaps most importantly, agencies cannot browse the profiles of candidates to make face value judgements.

Currently, Genie boasts that 21% of its 900+ creatives identify as BAME while 16% identify as LGBTQ+. 36% are women while 32% identify as having some form of disability and a further 11% as having had a mental healthcondition.

Despite its potential, criticisms have been made of the use of artificial intelligence in the hiring process. Last month, the Financial Times reported on the urgent call from the Trade Union Congress (TUC) to better regulate the technology and prevent workers being hired or fired by algorithm. Substituting a boss for a machine undermines the personal relationship between employer and employee, it warned.

And in that respect, Hegarty agrees: “The truth is Genie can’t [replicate the face-to-face nature of hiring].” But, he adds, time invested in making a hire does not guarantee they will be fit either.

“I spent years interviewing creative people, looking at their book, talking to them and then you’d find they had some personality disorder that wasn’t revealed to you. I can’t mention names… but I hired a creative guy and he turned out to be a complete twat. So, there’s always an unknown even when you’re sitting in front of someone, it’s always a bit of a gamble,” he says.

“But with this you have a huge access to talent. Since the beginning of time mankind has been obsessed with two things: speed and access. And in a sense Genie represents exactly that. In an industry where you have to act faster and be better this has a huge future.”

And a future which Hegarty believes will, in time, expand beyond the limits of the advertising industry.

”Ultimately, advertising is not going to be the only industry doing this. Genie developed this technology and understanding how to make it work, and can take it into other industries. That’s the long term plan.”

This article was originally published in The Drum on 13th April 2021.