‘The modern dream’: Swapping apartments for campervans, nomadic working is on the rise. 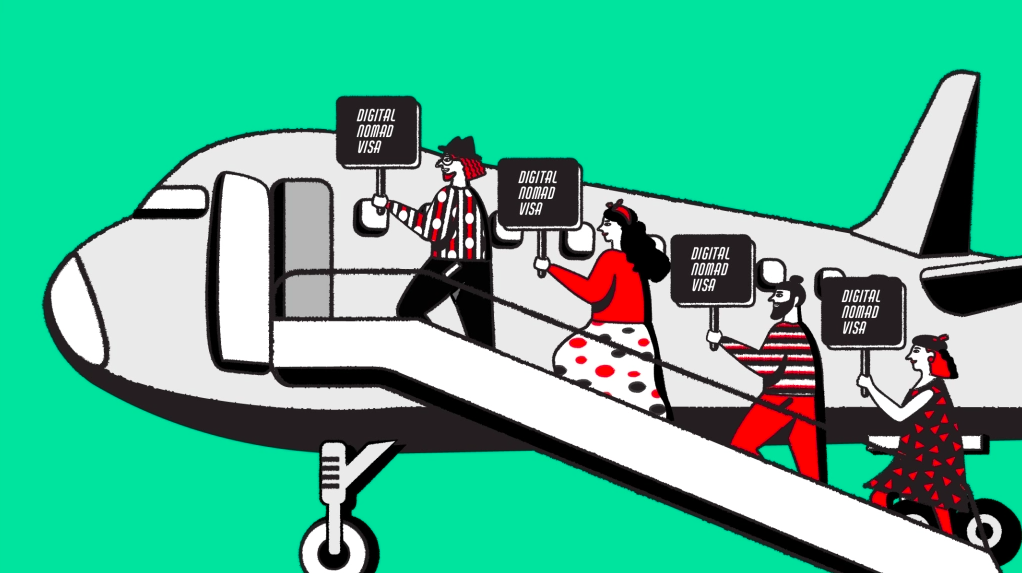 From individuals who travel continuously to those who travel for months or weeks at a time, being a digital nomad is an increasingly acceptable and feasible way to work, reaping rewards for both employee and employer.

In the U.S., the population of digital nomads rose nearly 50% between 2019 and 2020, reaching 10.9 million people, according to an MBO Partners report. For the creative sector, it is a particularly attractive way of life.

Nicky Badenoch, co-founder of GENIE, a automated talent agent which uses AI to match companies with talent, said: “There has been a fundamental shift of mindset from companies, from one of owning talent, to wanting access to best-in-class talent. As companies have adapted to having their workforce spread between bathrooms, kitchens and gardens, they now realize that their creative department is in fact the whole world.”

Last September, Jack Ferris, an account director with B2B marketing agency, The OCTOPUS Group sold his flat in London and he and his wife moved into a converted campervan. It was a decision enabled by no longer being office-based full-time. “We have spent most of this year working remotely from Cornwall and Devon. I’m still tied to 9-to-5 hours but we make the most of the time outside of this, running or walking on the beach before breakfast. The hour’s commute has been replaced with anything we want. It’s been a game changer for workplace happiness.” He will soon have to go into the office two days a week but says the company is “super flexible”.

While it is a revelation for some companies, others have enjoyed the benefits of this model for some time. David Robinson, founder of digital and inbound marketing agency, Red Evolution employs 10 people and has always worked with nomadic workers. Robinson is based in Aberdeen, Scotland but travels regularly in his motorhome to Wales, Dorset and Cornwall in the U.K.

He currently has one staff member working in a co-working space in Newcastle, northern England — “He was living in Paris when he first joined, learning French” — and another who is in the process of moving from Barcelona to San Diego. “We would not be the agency we are if we were limited to local talent. I’m more interested in the quality of the people than having them in the office.”

Badenoch believes employers who don’t obsess about keeping employees within their four walls often benefit from better work. “Sure, nomadic talent will be searching high and low for signal on mountain tops or 4G in village hotspots, but feeling and living freely, liberates them to make work that is in fact braver.”

Like many trends that existed before the arrival of the COVID-19 pandemic, the uptake of nomadic working has accelerated over the last 18 months, as a result of the living conditions dictated by rolling global lockdowns and worldwide remote working. And with a large number of employers now introducing additional flexibility to reflect employees’ post-pandemic expectations, it’s a trend that is expected to keep growing.

Natasha Carlisle, a paid media executive at performance marketing agency, Journey Further has lived and worked in a campervan for a year. Mainly based in Leeds, where she works from the office a couple of times a week, she and her partner — both keen climbers and wild swimmers — travel around the Yorkshire Dales and the Peak District. “Being in a new environment away from the office has had a really positive impact on my mental health. The freedom to explore, whilst also knowing that work life is entirely possible, is the modern dream.”

She says Journey Further lets employees work the hours that suit them. “As long as you get the work done and keep clients happy, it doesn’t matter where you work.”

Of course there are practicalities to consider when working on the road. Ferris has a mobile wifi receiver (a MiFi box). If he can’t access a mobile signal, he has an antennae to put on the outside of the van, enabling wifi. “In some spots where we don’t have an internet connection, I plug it in and it is good enough for us both to do conference calls and access files.”

And electricity can be a challenge. “We have our own power supply with solar panels and a leisure battery system that tops up from the engine when driving, however since laptops drain after a day’s work, it is quite easy to deplete the electricity,” said Carlisle.

Robinson added that individuals have to be professional and disciplined. “If you are parked in your motorhome watching beautiful waves and you want to surf, but you have a deadline looming, you have to say, ‘I live here because of the work I am doing and I have to deliver’. Nomadic workers need to be uber professional [so] others won’t question you if you’re delivering great work.”

Done well, nomadic working can unlock creativity for both individuals and employers. “Want ideas that shake the world then work with people whose eyes, spirits, and souls are open, hungry, and curious,” said Emma Banks, a freelance writer and art director at Genie who is currently living in the Portuguese mountains. “I may be sitting in a yurt having just washed in a river but my mind is far from fluffy. We bring new energy to calls and a pioneering fearless sense of can-do to briefs.”

This article was originally published in Digiday on June 30, 2021