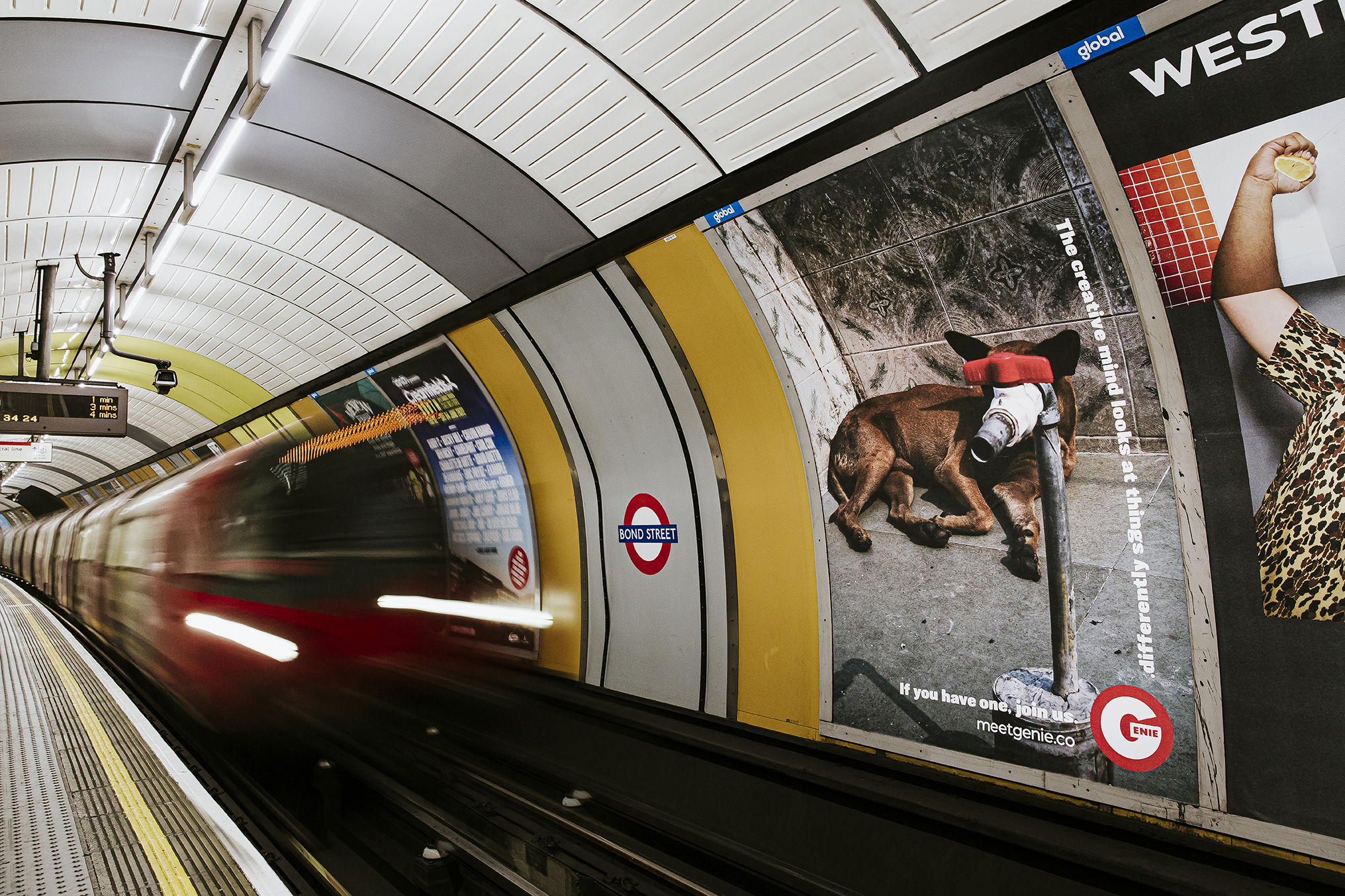 But how do we communicate that?

When it came to launching our first advertising campaign, we knew it wasn’t enough for us simply to announce this from the rooftops.

Because despite hosting talent who have worked at W+K, Droga5, Anomaly, 72 & Sunny on Nike, Google, Netflix and more – individuals who have won thousands of Cannes Lions, D&AD’s and Creative Circle awards between them – we are different.

Why? Because, unlike most creative departments, we don’t showcase the work that our talent produces when they’re booked via Genie. Nor do we have an online shop window for our clients to browse who our talent are. Therein lies our ongoing marketing challenge: we are a well-kept secret! Happily, the answer lay right under our nose; we turned to our own platform, briefing Genie to match us to a special someone to help us crack this problem.

I remember setting the brief on Genie. Although I’ve demo-ed our product countless times to new clients, I felt beads of sweat rising as I hit the ‘create brief’ button on the platform. Who was Genie going to choose to work on my brief? Would anyone respond? A bit like hosting a party and thinking no one will turn up, I realised this could give us the biggest read on how our own talent base actually feel about us.

Once I’d briefed Genie to find us a creative team, and seen that the platform had approached 52 talent members, I popped out for some lunch and to catch some air. I expected around five positive responses; within 20 minutes I had 20 teams who were all awesome, interested and available to work on our brief. Unable to choose between them, we briefed three of them and waited in eager anticipation to see what they would come back with.

What makes a creative mind?

Michael Durban and Gary Anderson (a big ideas team, behind Sainsbury’s ‘Christmas In A Day’ campaign and so much more) came back with a corker of an idea. Their proposal was based on the concept of “what makes a creative mind” – and we immediately fell in love with this idea.

It perfectly encapsulated our endeavour as a business to bring on talent who are keeping it fresh, pushing new frontiers, and doing something different. And it also summed up how our algorithm is constantly learning, furiously on a journey to understand what it is that makes a creative mind tick.

But we still felt we had another leap to make. While Mike and Gary’s initial idea was the moonshot, we needed to start at basecamp before leapfrogging into orbit. So we briefed Genie again, this time for a strategist. Genie came back with Leo Simonsmith, a super smart, ex-BBC creative strategist, and an absolute pleasure to work with. Our brief to Leo was to delve further into what it was that motivated the creative mind, and so he went on a journey to find just that. John Hegarty who was also ECD, of this campaign, had referenced Picasso’s croissant hands, a metaphor for how playful the creative mind can be. 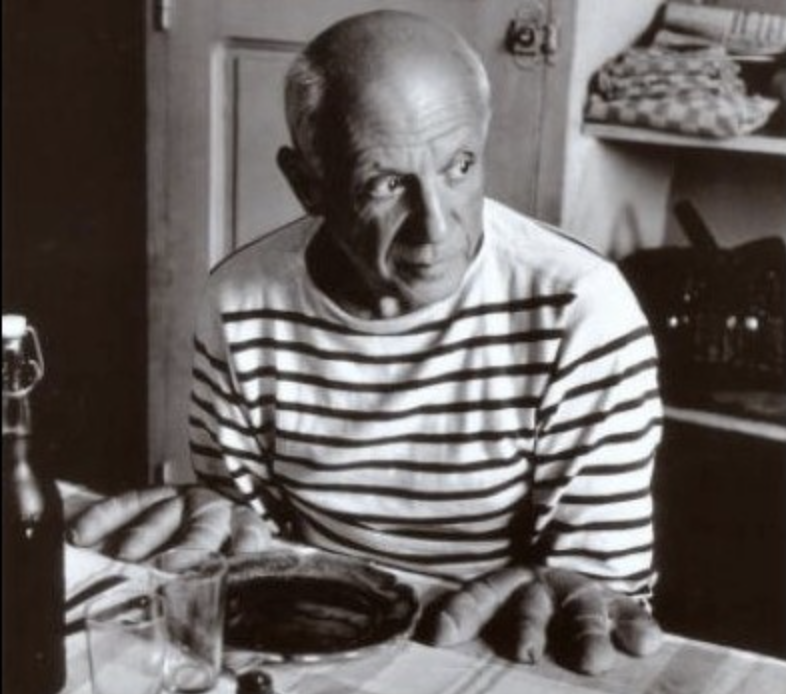 Leo went away and sniffed out more examples of the creative mind at work, returning with a whole library of inspiration, unearthing what has motivated the greatest of creative minds over the centuries – ranging from Donatella Versace, to rapper G-Dragon, and even Picasso. Gifted with this inspiration, Mike and Gary were able to make a big leap forward with their campaign idea.

What they saw was a truth that resonated with all creative minds: that great creative minds look at things differently. A big thought. John loved it. We loved it. 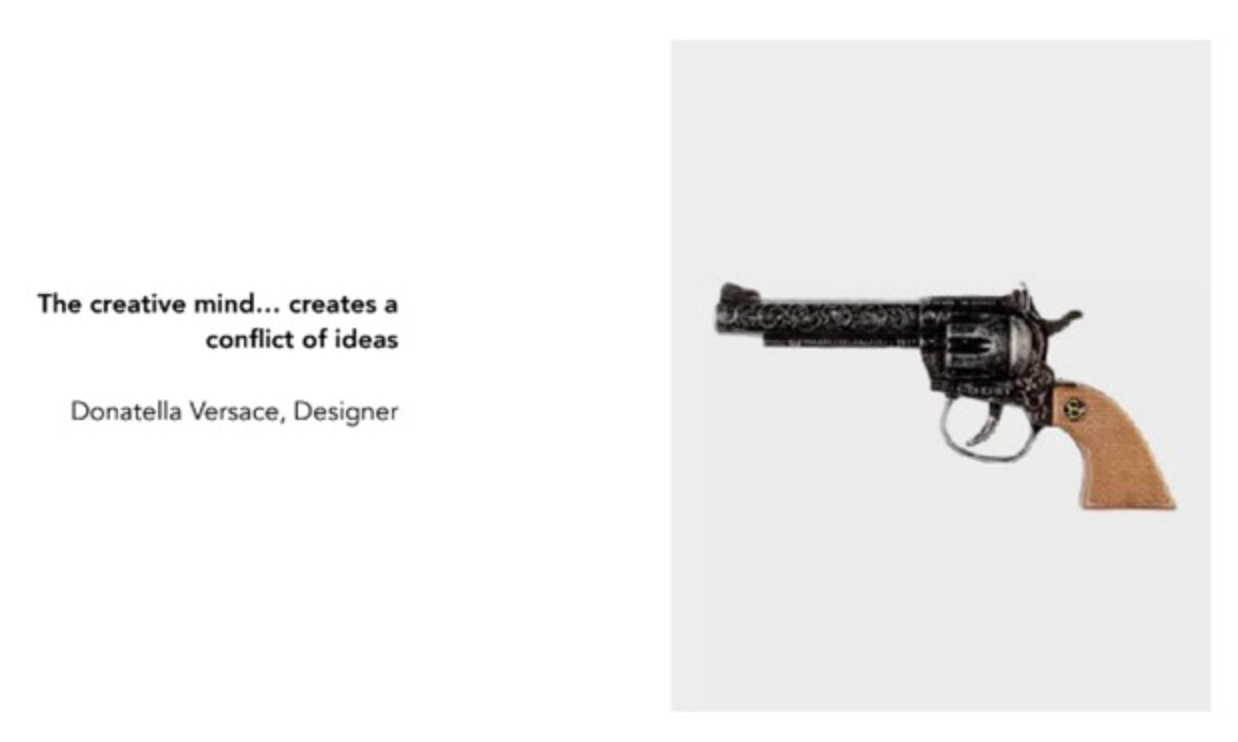 Bringing the creative mind to life

Next we went back once more to Genie, this time to source a designer.

Talking to a creative audience is bloody tough; they are the most sceptical audience of all. We knew that the art direction needed to be spot on and for that we needed someone better than just good. We briefed Genie for a senior designer. Start date: yesterday.

This time Genie made 42 approaches, and within 38 minutes the platform came back with 7 suggestions all of whom looked like the bees’ knees. With a portfolio to die for, Louise Sloper, Chairwomen of the Typocircle, was exactly what we were looking for. Louise’s approach, style, and craft meant she delivered tenfold and catapulted our campaign forward once again.

The campaign consisted of poster advertising on the underground across 38 central locations around London, including Oxford Circus, Old Street, Piccadilly Circus and Holborn supported with a social media campaign. 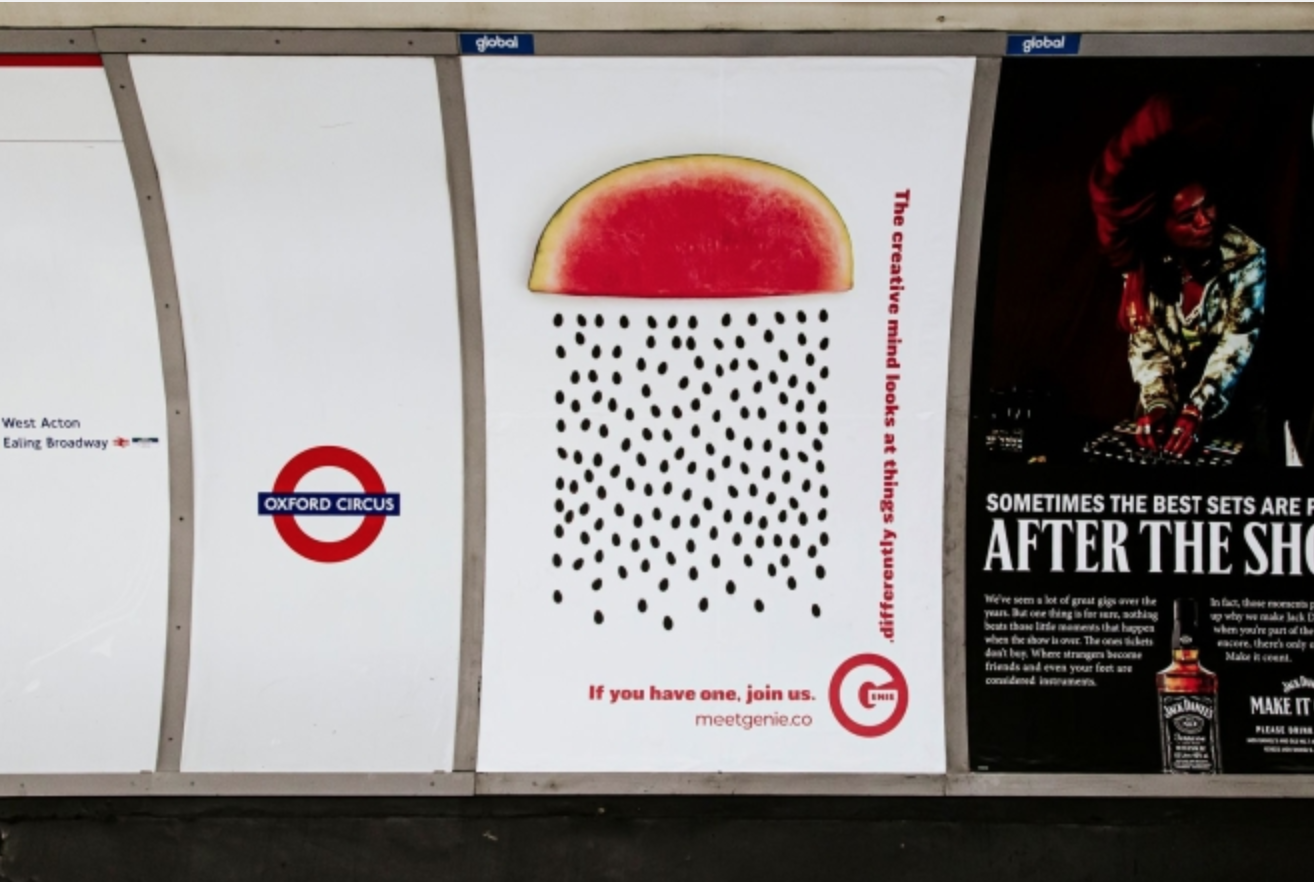 There were a ton of other individuals involved in this project as well, and big thanks goes to them too. Advertising really works – proven by a 266% increase in website traffic and 344% increase in applications to join the platform during the campaign.

Off the back of the Creative Mind campaign we’ve received plaudits from some of the most respected names in the creative business including Bill Scott and Graham Fink, seen exceptional talent applying to join Genie, and won new clients including On Running, The Gym Group, Arla’s in house studio ‘The Barn’, Pharmanovia, Pizza Express, Tangle Teezer, and the advertising group Next 15, all of whom have a passion for attracting the very best creative minds to their businesses. Bringing together creatives in this way is what this campaign has been all about, and is exactly what we set out to do.

It’s all too easy to take it for granted the magic that happens when the right team comes together. Genie has single-handedly engineered that serendipity in just a click.

Thank you to the great creative minds behind this work, and thank you Genie.

This article was originally published in CreativePool on 18th August 2022.